HomeAbout TshwaneOffice of the City Manager

Profile of the City Manager

The City Manager is responsible to ensure efficient and quality service delivery through leadership and commitment to the City of Tshwane’s policies and plans. The Office of the City Manager focuses on ensuring that the City of Tshwane’s employees are imbued with a team spirit and that a culture of high performance is established and sustained. This includes practices that promote the pursuit of the municipality’s vision for the city.​

Profile of the City Manager

Johann Mettler, the new City Manager of the City of Tshwane, assumed his duties on 1 September 2022. He holds an LLM from Lund University in Sweden, and an LLB and BProc from the University of the Western Cape.

Johann Mettler is a self-motivated administrator, leader and expert in the local sphere of government. He has amassed a wealth of experience, competencies and expertise in the sector since 1995. His stint as a practising attorney up to 1995 contributed to the array of skills necessary to carve out a name for himself in the sector.

During his time as a researcher and later a senior manager at the South African Local Government Association (SALGA), he engaged with the full suite of local government legislation from 1998 to 2003, representing SALGA in legislative processes and participating in training workshops for councillors and municipal officials. As a consultant, he assisted management in implementing policies and procedures based on the newly developed legislative dispensation.

As a local government practitioner, he led several municipalities as an Administrator and as a City Manager where he was responsible for the strategic development and implementation of policies, from the Integrated Development Plan to performance management. He excelled in intergovernmental relations horizontally and vertically, representing municipalities at provincial and national level.

Some of his strengths include the following: 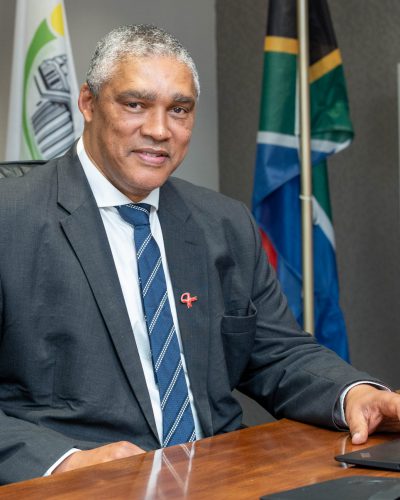