Office of the Speaker

About the Office of the Speaker

The Speaker of Council is the custodian of all policies and Council resolutions. It is also the political head of the legislative arm of Council and presides at Council meetings to ensure compliance with the Councillor’s Code of Conduct and the Rules and Orders.

Profile of the Speaker

Cllr Murunwa Makwarela was born in Cullinan, Pretoria in 1972 and raised in Venda, Tshitereke Village.

Cllr Makwarela graduated with his BSc in Botany and Zoology from the University of Venda in 1994. He further transferred to the University of Natal (Durban Campus) where he was awarded his BSc (Honours) in Plant Biotechnology in 1995 and MSc in Eucalyptus Genetic Engineering in 1997.

He is a qualified genetic engineer who graduated with his PhD at the University of the Witwatersrand, Johannesburg in 2006 and conducted his research at the Donald Danforth Plant Science Institute in Missouri, United States of Africa from 2001 to 2002.

His career started as an academic and researcher in cassava genetic engineering at the University of the Witwatersrand from 2000 to 2005. He then proceeded to the Agricultural Research Council (Vegetable and Ornamental Plant Institute) from 2005 to 2007 as its first Divisional Head: Gene Banks, leading a team of scientists responsible for the conservation and maintenance of all genetic resources of South African vegetables and ornamentals.

Cllr Makwarela also worked in the local government sphere as the strategic executive director for the then Agriculture and Environmental Management Department at the City of Tshwane from 2007 to 2012.

He was later employed at TAHAL Group from 2012 to 2014, which is a top water, waste water and agriculture civil engineering multinational company based in Israel, as the chief executive officer of its South African subsidiary, TAHAL South Africa (Pty) Ltd.

Thereafter, Cllr Makwarela pursued his entrepreneurial interests in agriculture and environmental management as a consultant in the private and government sector.

Cllr Makwarela is currently one of the founders and chairperson of one of the first top three cannabis-licenced pharmaceutical companies in Africa, Maluti Green Med (Pty) Ltd based in Lesotho, whose work includes the cultivation, manufacturing and distribution of various cannabis products.

Cllr Makwarela has been the regional chairperson of the Congress of the People (COPE) in Tshwane since 2020 and was sworn in as a proportional representative councillor in the City of Tshwane on 23 November 2021. 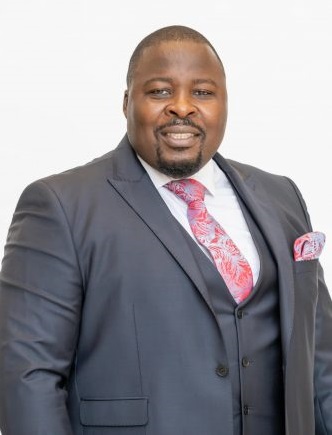 Functions of the Office of the Speaker