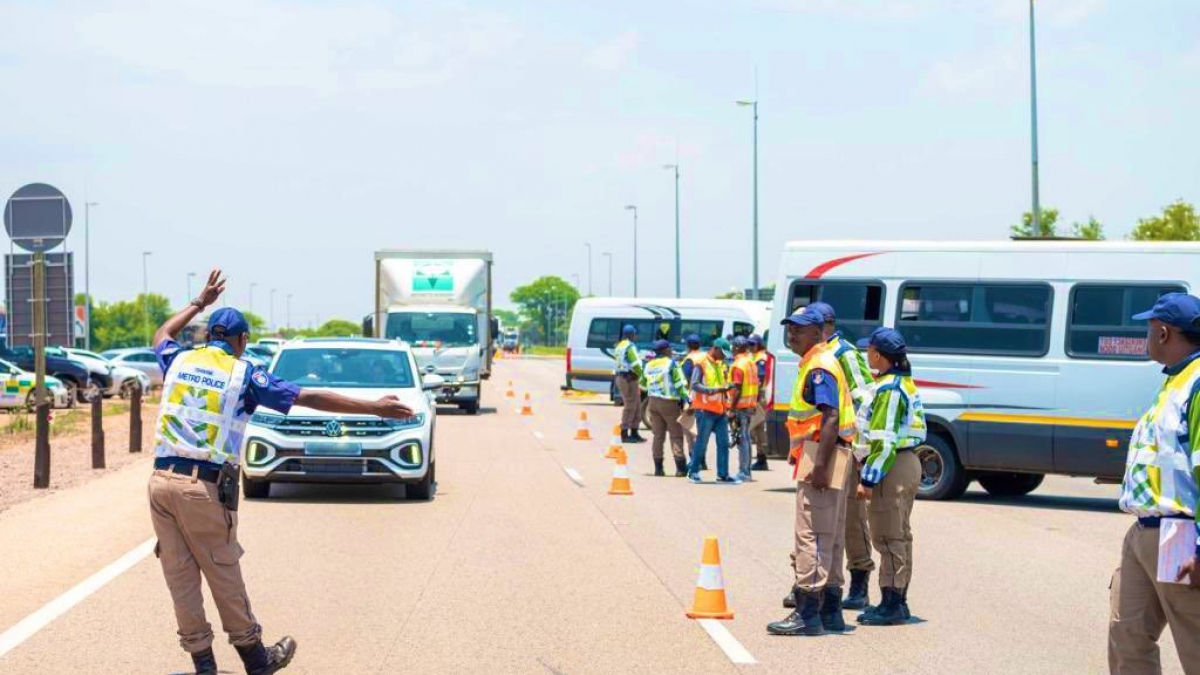 The Tshwane Metro Police Department (TMPD) issued a total of R5 million in fines to motorists who disobeyed traffic rules and infringed municipal by-laws during the festive season. The fines were issued from 1 December 2022 up to 10 January 2023 and served to ensure that law and order were restored on our roads. During this period, a total of 9 210 infringement notices were issued with a combined value of over R5 million.

Despite the City’s warnings and communication surrounding the safer festive season campaign, various transgressions were detected. About 6 737 vehicles were stopped and searched, 4 597 people were searched and 9 207 vehicles were inspected for roadworthiness.

Furthermore, 196 business premises were inspected to ensure that they comply with the necessary legislation and by-laws. At least 102 businesses were found to be contravening a variety of acts and by-laws, and corresponding fines were issued.

The TMPD also made five arrests for illegal trading, two for reckless and negligent driving, two for driving while under the influence, and one each for theft, assault with intent to do grievous bodily harm, common assault and possession of drugs.

The MMC for Community Safety, Ald Grandi Theunissen, is confident that motorists would pay their fines, which could boost the City’s revenue. The TMPD is serious about decreasing accidents and deaths on the road, hence they are much more vigilant about the safety of road users.

While traffic on the major roads has decreased as people have returned home and back to work, Ald Theunissen wants to remind motorists to drive carefully and obey traffic rules.